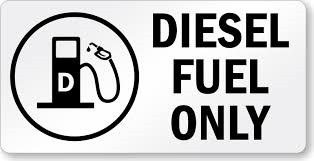 When the idea was conceived to complete a diesel motorcycle there were a lot of
questions.  First and foremost is – Would it work?  We are now proud to say not only does it work but it has exceeded expectations.  Below are 6 myths that we were able to break on the stigma of a diesel motorcycle.

Myth #1 – Weight.  Diesel engines are build stronger due to high compression and would too bulky to handle and navigate roadways.

Fact #1 – With diesel engines running a higher compression ratio they are built stronger.  The added structural materials does create a heavier motor.  However, this whole argument is subjective.  Our success prototype is comfortable to ride and cruise.  The added weight is not an issue with simple engineering such as keeping the weight low in the frame.  The motorcycle has great handling and rides comparable to any comparable gasoline motorcycle.

Fact #2 – Any v-twin engine creates a high amount of vibration and noise is mainly a factor of exhaust design.  Again, we have shown that with simple engineering such as rubber motor mounts and baffles both of these factors can be greatly reduced.  Though we did put a straight exhaust on the success prototype.

Fact #3 – Initial Pricing is completely subjective to the price point one is searching for.  The Success Prototype was built with quality at a very reasonable cost.  We are looking at the initial price point of the final production model at $19,500.  This places it well within the American Motorcycle market.

Myth #4 – Wear and Tear.  With the higher compression more wear and tear is created on the engine.  The oil would need to be changed more creating more cost.

Fact #4 – The duty cycle of most diesel engines is far longer than comparable sized gasoline engines.  With most duty cycles being around 500 hours of use we conservatively estimate an average speed of 30 mph to get 15,000 mile service intervals.  This creates one service to a gasoline motorcycles three greatly reducing the cost of ownership.

Myth #5 –Low Speed.  The diesel engine produces more torque but lower rpm.  A diesel engine is not suitable due to low rpm range.

Fact #5 – The high torque is great for an American Motorcycle.  When cruising the open roads or commuting to work you will have plenty of power and torque to keep you going.  The lower rpm range is not an issue with simple engineering to create effective gear ratios that will allow strong top end performance on highways.  With the large amount of torque on the low side of the gearing the motorcycle will easily be able to accelerate to highway speeds.  It has been awesome to ride the success prototype on freeways and back roads and twist the throttle to pass full size cars.

Myth #6 – Size.  Diesel engines are big and bulky and would not fit well in a
motorcycle frame.

Fact #6 – Though the engines due tend to be larger than similar displacement gasoline engines this is not an issue that simple engineering cannot accomplish.  With some motorcycles running full size V-8 engines.  The success prototype fit nicely in the frame and allowed for a 7 gallon fuel tank to fit nicely on top.  We also were able to turbo charge the engine.

With simple engineering we at Axiom Diesel have been able to overcome some of the biggest myths on why diesel engines would not be good in motorcycles.  I hope you continue to watch as we produce the next motorcycle and prepare to send it into production!!!